For Jewish People living outside the State of Israel, as well as for Israeli Jewry, this is one of the best moments in history to be Jewish. In a rendition of alternate history, Diaspora Jewry would have no promise of security from persecution and who could predict the future of Jewry in the Land of Israel. Today, World Jewry, whether they are in need, want a change in lifestyle, or just want to live their olim dream of aliyah, have the ability to move to the State of Israel. Yom Ha’atzmaut, Israeli Independence Day, is officially on the 5th of Iyar (this year on May 2nd), though we should be spending a lifetime celebrating the rebirth and success of the national liberation movement of the Jewish People. Before the establishment of the State of Israel in 1948, when faced with discrimination, the only contemplation for World Jewry was one of fight or flight.

The option of fight or flight was the choice of staying in their accustomed country, unaware of the geopolitical shifts about to take place. Some had the choice to pick up their lives and immigrate to the land their people have been yearning towards for a millennium. Sensing the frightening changes in their neighbors and in the political rhetoric, Europe’s Jewry had grave decisions to make about their future. Should one stay in his home, ignoring the the evolution of hatred coming from the country he once knew. Or should he take the leap into the unknown, only hoping that there could be a life for him in the distance. With anti-Semitism lurking on every street corner in Europe, whether a Jewish person was eager to leave in 1880, 1920, or 1939, the only haven open was the region known as Palestine; the setting of where the Jewish people once lived under their own sovereignty.

Born in 1948, the Jewish State is now 69 years old. While we can already foresee the long line of dominoes that have brought us to Israel’s founding, the day of Yom Ha’atzmaut is our chance to celebrate. The first in a long line is the Torah, G-d’s divine word, which says the name of our capital city “Jerusalem” 669 times. If not for our sacred text, the Jewish People would be wihtout a solidified yearning to our homeland; and probably still translating our oral tradition in Aramaic. In the contemporary era, we must appreciate Theodore Herzl and his determination to bring the Jewish People back to our homeland. If not for his passion and intellect, we would be without his ideology of Modern Political Zionism. We must also admire David Ben-Gurion, Israel’s First Prime Minister, for his courage to announce the establishment of t
he country and much of his contribution to the State of Israel. Even in Herzl and Ben-Gurion’s wildest dreams of Israel as a secular ethnic state for the Jewish People, the envisioned country that we have today is a beacon for religious freedom. Secular ideals may run the country, but Judaism is its core model 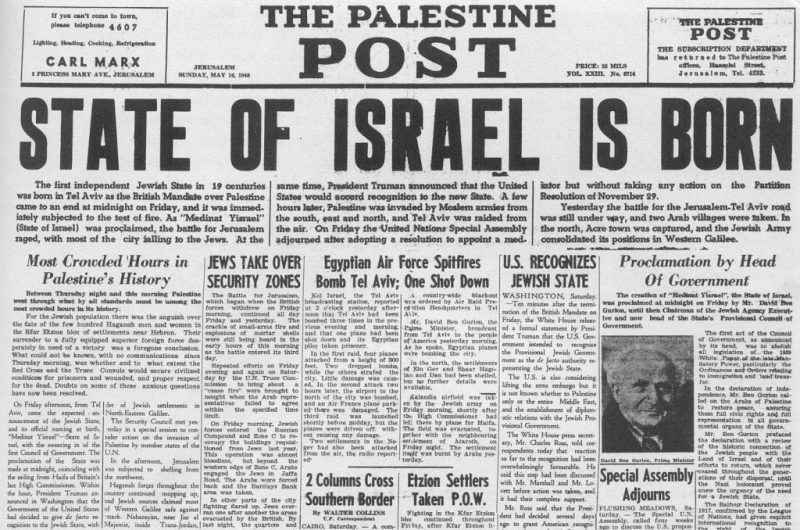 . While we might get partisan push-back on some historical figures, there are countless that we must commemorate in Jewish and Israeli history for the accomplishments and stature that the State of Israel holds today.

The State of Israel is a light unto the nations, a strong, stable democracy. The innovation nation was not a gift given by the League of Nations, but an emblem of perseverance that we cannot permit to be taken for granted. Even as human of a concept as a country is, the entity of Israel is in a way our life insurance. While she is nonsensically condemned in international arenas and threatened with destruction from hegemonic regimes, the Jewish People must band together to fortify the Jewish State. As Leviticus 25:35 indicates, “Strengthen him so that he does not fall and become dependent on others.”