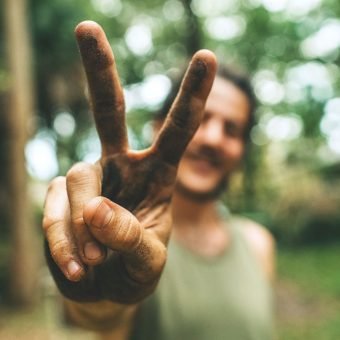 It is ingrained in the Jewish tradition to celebrate life, to help others, and to bring light to the world. This can be seen from the videos of Jews dancing in the streets in 2017 after David Ben-Gurion’s awaited speech on Israel’s independence. This can also be seen through thousands of Tikkun Olam (“repairing the world”) projects, such as bringing direly needed medicine to African villages as well as Israel’s readiness to act whenever and wherever a natural disaster hits, like the emergency support that Israel brought to Haiti and Nepal this last year.
The State of Israel is pressured by international bodies to make concessions that the majority of the Israeli public disagree with and is humiliated on the world stage with resolutions that deny sacred Jewish history by saying that Jewish holy sites are in fact not Jewish. Israel is also disregarded by the international community on issues that concern her existence as well as for decades has been mostly isolated by the international community. In Israel, there are Jewish protests but they are never violent, uncontrolled riots.
A few months ago, two Israeli-Druze police officers were murdered by a Palestinian terrorist who was coming down from the Temple Mount. The Israeli Government faced emergency situation for two weeks of major riots from the Palestinian Arab communities. Since the would-be terrorist did not ascent the Temple Mount with a gun, he must have gotten it from the Al-Aqua Mosque, which sits on the Temple Mount. The reaction to these killings by the Israeli Government was to make the area more secure, using metal detectors to check Muslims before the ascended to pray, just as the Jewish people do at the Western Wall as well as Saudi Arabia does at their holy sites. The Palestinian Authority, Hamas, Hezbollah and Arab world’s reaction to Israel applying stronger security, to protect and secure peace in the area, was incitement and was met with protests and violent riots.
Another recent incident was President Trump’s recognition of Jerusalem as Israel’s capital, a move that recognizes reality. Jerusalem as been the capital of the Jewish People for over 3,000 years, a fact that most Palestinians do not want to face. While the Israeli Government and the vast majority of the Israeli People celebrated this decision, the world condemned Israel as well as the Trump Administration; as if Israel arrested hundreds of Arabs and demolished their homes (a policy that Israel uses to deter terrorism). The Palestinian reaction was instead to call for three “Days of Rage”, which became mass protests, some of them violent. The atmosphere in Eastern Jerusalem was enough to ban Taglit-Birthright, Bar-Ilan University’s Gap-year program, and other Jewish teen-tour/gap-year organizations from stepping foot in Jerusalem’s Old City.
The Jewish people are not out to stir up trouble, even when we are obviously being wrongly condemned by the international community. This includes the of United Nations Resolution against Israel’s sovereignty on Jerusalem, United Nations Heritage Site denial of the historical Jewish connection to the Western Wall and Temple Mount in Jerusalem as well as The Cave of Patriarchs in Hebron, not to mention the International Criminal Court threats to persecute IDF soldiers to please Palestinian leaders. Israelis do not riot because we value life and look to protect human beings. For the Palestinian Authority and other influential Muslim groups to call for any type of ‘days of rage’ is against Israel but undermines their own people. A peaceful Palestinian partner would have called for ‘days of protest’. Whatever their political or religious beliefs, the Jewish People will always yearn for peace.