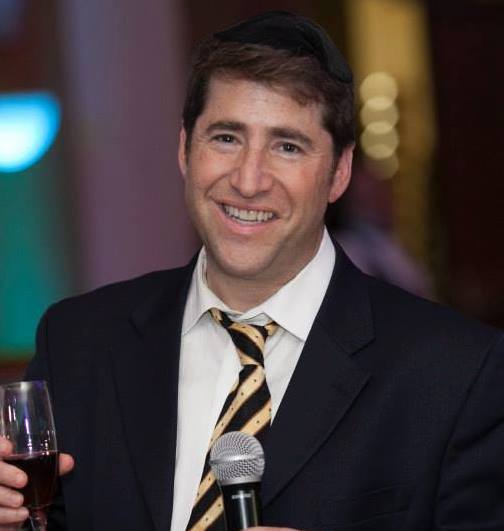 The founder of Shabbat.com, Rabbi Klatzko brings over two decades of visionary leadership, staunch support of Israel, and Jewish activism to the project.

In what at the time was perceived as a bold move, 1999 saw the Klatzko family move to California so that he could accept the position of Campus Rabbi at UCLA. As a hands-on ambassador for the Jewish faith, he reconnected thousands of young Jewish men and women to their heritage. He also made an impressive splash in the broader Jewish community, earning the moniker ‘The Hollywood Rabbi.’ Some of Hollywood’s biggest stars and producers, including cast and staff from Friends, Malcolm in the Middle, Third Rock From the Sun, and Directors and Vice Presidents of Sony, Disney, and Warner Brothers, became regulars at his popular monthly class on Jewish thought.

Rabbi Klatzko’s activities touched-off a revolution that profoundly changed the landscape of North American Jewry. He currently serves as a National Director of College Outreach, overseeing Jewish education throughout North America. He also serves as an lecturer at Yeshiva University and at over 70 different North American colleges and universities each year.

A person of indefatigable energy, Rabbi Klatzko is also a successful author, cantor, music producer, and Mohel. A noted Judaica art collector, Rabbi Klatzko is the founder of Simcha Art Gallery in New York. His eclectic accomplishments have earned him the admiration of the United States Congress, where he was honored during a live session of House of Representatives as a ‘distinguished gentleman making a difference to his community.’

Rabbi Klatzko was named one of the 28 Most Inspiring Rabbis in America by the Jewish Forward Newspaper in 2014.

Rabbi Klatzko and his wife Shani and their 11 children currently live in Monsey, New York, where hosting 80 or more people for Shabbos in the norm. He has been at the frontier of improving Jewish communal life in the United States for over two decades.